Pioglitazone has been banned in India and has caused considerable debate among prescribers there.

"Banning pioglitazone in 2013 is wrong timing because there is no new evidence to show its ill effects. On the contrary the USFDA had called back an earlier drug – doziglitazone last month and it will be commercially available in India in a few months."
http://health.india.com/diseases-conditions/is-the-ban-of-pioglitazone-justified-expert-interview/

"Some doctors also refute the basis of ban. They say that the diabetic drug (Pioglitazone) is effective, and can cause adverse effects in sustained use of 40 mg in older patients. The option should be about the use of a lower dosage because alternatives such as DPP-4-inhibitors or gliptins are more expensive."
http://www.keralanext.com/news/2013/06/27/article159.asp

"While insulin sensitiser pioglitazone has been barred due to health risks, experts say the danger arises only if used in larger doses."
http://www.mumbaimirror.com/mumbai/others/Docs-surprised-with-ban-on-anti-diabetic-drug/articleshow/20807473.cms
Posted by Dean Jenkins at 15:06 No comments:

On Wednesday this week there was a Diabetes Day at BMA House hosted by BMJ Informatica.

I've just blogged about it on the BMJ Diabetes Blog.

The theme of using data to improve services was fascinating and made for a stimulating discussion among the commissioners of diabetes care who attended.
Posted by Dean Jenkins at 08:41 No comments:

Where did all this nonsense about "excessive deaths at the weekend in hospitals is because they don't run a 24/7 service like supermarkets" come from?

The rhetoric in the UK seems to assume some miraculous recent discovery of data analysis in this area and somehow peculiar to the NHS and explained by factors such as European Working Time Directive, patient choice, out-of-hours GP contract, MRSA, unions, lack of regulators, too much regulation, weak colleges, the wrong type of teabag. However, 12 years ago in Canada they looked at nearly 4 million hospital admissions and found:

This is the medical evidence dialogue that has been lost in the low rigour, non-peer reviewed, middle-management led, headline grabbing, trawling of evidence - what I'd refer to as the Fifth Form Spreadsheet (FFS) technique. The FFS technique is where you gather whatever data you can, commenting on but largely ignoring any form of potential bias, go fishing for differences and correlations, and release a press release saying there is a 'signal of evidence' leaving an open goal for whatever political commentator wants to score their own prejudice.

Careful consideration of the case mix and cautious interpretation of the results may show otherwise. [2]

Can we have some more rigorous analysis of what the possible case for causation is between our spreadsheet 'big' data before diverting resources into 24 hour care? Those who present at weekends are likely to be different to those who present in the week because of the different social norms and interpretation of vague symptoms. More staff and services in a hospital won't necessarily help with challenging presentations but could be very beneficial for certain types of admission.

How about focussing resources where there is evidence that it would help and not over-interpret whatever data we can analyse FFS.

Good infographic on the hottest trends for 2013 from KnowledgeOne

I particularly liked the increased serious gaming graphic demonstrating the likely rise in revenues. We seriously all need to be into gaming. 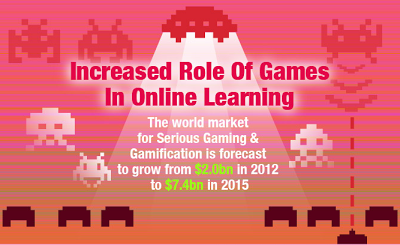 We used to "have to be on mobile" but that should be taken for granted ... now we "really need to be gaming".

The serious subject of medicine actually lends itself very well to gaming. After all, diagnosis has all the challenge of a quiz, and prevention and management is all about battling disease with various weapons.
Posted by Dean Jenkins at 13:03 No comments:


"... MOOCs are a godsend for Africa. Free, they have the potential to reach vast audiences who stand no chance of getting anywhere near higher education as we know it in the developed world. On the other hand, as the Namibian President wisely said at E-learning Africa this month, let’s not make the mistake of following an overly academic approach at the expense of Africa’s vocational needs, what he called the 'spectacle of hallucination'. African MOOCs will have to be more relevant to Africa’s vocational needs, such as agriculture, healthcare and entrepreneurship. A third view, is that Africa needs to produce as well as consume MOOCs."

He also inks to the enthusiastic Africamooc

which offers to host free courses for free.
Posted by Dean Jenkins at 12:47 No comments:

Just blogged about Tom Staniford's genetic form of Type 2 Diabetes which has been widely reported in the media following a publication by Prof Andrew Hattersley's team in Exeter.

Posted by Dean Jenkins at 12:13 No comments:

Tin Can API is a specification for collecting information about learning experiences and seems to be emerging as fashionable and more mature technology.

Tin Can is "a brand new specification for learning technology that makes it possible to collect data about the wide range of experiences a person has (online and offline). This API captures data in a consistent format about a person or group’s activities from many technologies. Very different systems are able to securely communicate by capturing and sharing this stream of activities using Tin Can’s simple vocabulary."

Whether this system will have an effect in medicine remains to be seen. There are a number of registration / CPD / learning portfolio systems already available to health care professionals including my College's (Royal College of Physicians) CPD diary and BMJ Learning Portfolio. For larger learning experiences we will always have the request of "can you put that in a PDF for my portfolio?" but for smaller experiences perhaps an industry-standard API might be the way to make our collections a little more compatible with each other.

Tin Can API is certainly worth investigating.

Posted by Dean Jenkins at 08:40 No comments:

Pick your own consultant

University Hospital of South Manchester Trust is the first to release individual consultant data starting with cardiologists and cardiac surgeons.

This is good but it must be introduced with care.

Single organ specialists and procedure-based practices might be more easily measured. Tackling the multiple morbidities in general medicine and geriatrics will be more of a challenge.

Whilst transparency is valuable the need to correct the figures for the different case mix and clinical risks will require ongoing research.
With suitable measurements will patients be able to make sensible choices and pick their own consultant? 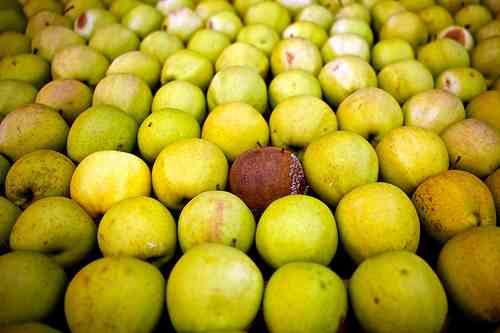 Posted by Dean Jenkins at 16:26 No comments:

Patents on human DNA? No thanks.

Seems like a sensible decision and would allow more rapid development of the market by preventing a throttling land grab. It is the techniques for investigation, the knowledge of the interactions of genes, and the new treatments that could be developed that are important (and of value) not the genetic sequences of naturally occurring DNA themselves.

"The ruling means that some of Myriad's [the company involved in the lawsuit] patents concerning synthetic molecules called cDNA, will likely survive, although the parties disagree on that point."
Posted by Dean Jenkins at 16:24 No comments:

Eltrombopag is a thrombopoietin-receptor agonist [1]. It has been used in ITP [2] and also in Hepatitis C infection where patients with thrombocytopenia would otherwise be excluded from treatment with Interferon [3].

When do you move your social media world?

So, this morning I spent time sending messages on Snapchat (dean.jenkins) (an instant photo/video chat tool) and Zorpia (DeanJenkins) (one of the few social media sites allowed in China). I've not really used either before for exchanging information but have done now. I've also even gone back to look at Google+ ... but now have three accounts +Dean(main), +Dean(work),  +Dean(not at all) and so have a circle that only includes my other selves.

The question is, when do you switch and how readily should you experiment? Clearly someone you know well invites you into these new communities but at several points you make a judgement on the value of any new tool. I think I'll continue to have a low threshold to trying new technologies out. 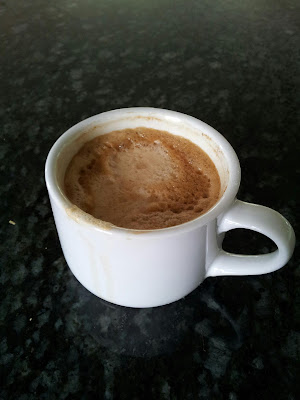 Looking forward to a day of discussion at BMA House with colleagues at BMJ Informatica and invited speakers. If you are commissioning diabetes care in the NHS then consider joining the discussion.

We'll be using the hashtag #BMJdiabetes on the day for remote participation as well.

Posted by Dean Jenkins at 12:44 No comments: