BPG: A new, superior image format that really ought to kill off JPEG

"For all of the massive technological advances that we’ve seen over the last few years, there are still a number of dinosaurs from a bygone era that, rather unfortunately, just won’t die. JPEG is one of the most prominent examples: It was created more than 20 years ago, and yet its antiquated, bloated, blocky algorithm still dominates the web. You would think, with the modern web being so image-oriented, that we would replace JPEG with something better — but no, it’s 2014 and JPEGs (and multi-megabyte GIFs!) still reign supreme." 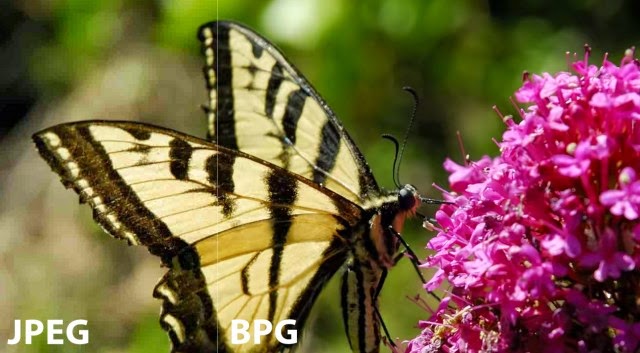