"Like most patients who get intravenous medication at a pediatric clinic, Nick typically receives treatment in a small, curtained cubicle with hospital-green walls, outdated video games that are often broken, tiny TV monitors, and dividers that don’t muffle hallway clatter or the wails of a child in the next cubicle.

But now Nick, whose baseball cap doesn’t disguise his gleaming bald head, emerges from his cubicle, holding his IV pole. He saunters down the hall toward velvety black curtains. Parting them, he slips inside and eases into a reclining chair. 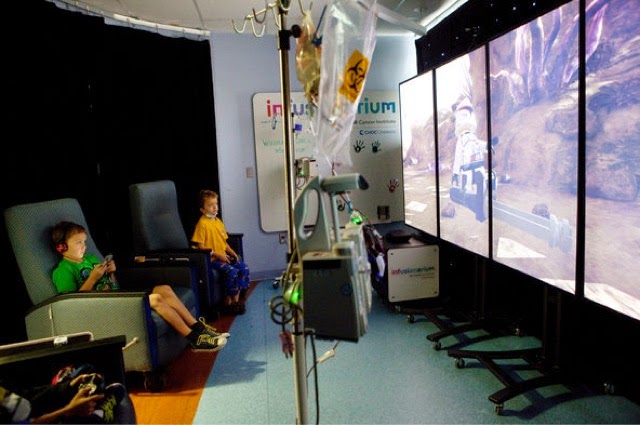 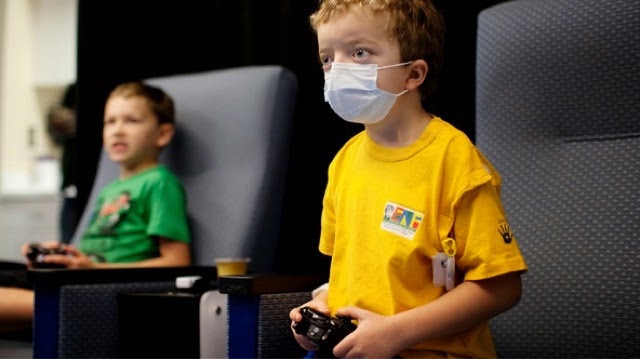